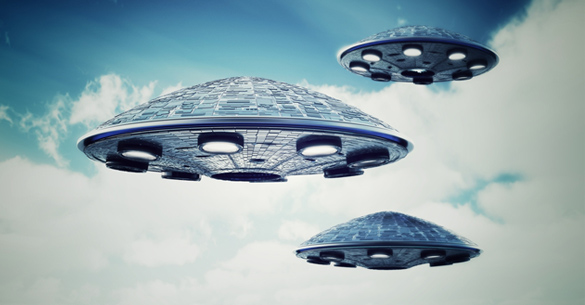 ETs and the Nazis

When you have eliminated the impossible, whatever remains, however improbable, must be the truth

Unfortunately, the simple truth is that, for the most part, UFO research has done a leap-frog to the extraterrestrial explanation without ever adequately exploring and exhausting a terrestrial origin. This statement is inclusive of everyone regardless of background or education. It applies to the charlatan UFO attention-getters as well as to former NASA scientists with Ph.D.s. This is the condition of our current state of affairs in the UFO world.

For over fifty years, the UFO research paradigm has been fundamentally wrong. A proper attempt to explain the UFO phenomenon would involve a gathering or the evidence and then explanation by proceeding from simple solutions involving known facts and conditions and totally exhausting theses possibilities before postulating explanations, conditions, or entities not represented by fact. Only after known facts fail us can we move on to postulate explanations beyond our realm of experience.

Even then, an idea which may fit the observed facts but which is not in evidence itself cannot be accepted as fact until it is tested. This is nothing new. This is simply the way logic and science test new explanations of reality. This method is the foundation of our modern western technological culture.

Unfortunately, research in the field of flying saucer phenomena has never been undertaken with this principle in mind. More and more frequently, UFOs are attributed to an extraterrestrial source by the media, or the "witnesses", as a sort of knee-jerk reaction. It seems if one sees something for which he has no prior reference, then it must be extraterrestrial as a matter of course. Over the years sightings have become "encounters," then "abductions." Such reports are increasing even as the use of regression hypnosis replaces the scientific method for finding the truth. The same individuals often have repeated "experiences" each of which becomes stranger than the last.

If no real research has ever been done on the UFO phenomena, then how has thesis extraterrestrial theory crept into popular culture? One simple answer is the media. The media loves extraterrestrials. Why? It is because the extraterrestrial hypothesis is marketable. It sells copy. Just look at the number of books, magazines, movies and television programs devoted to this explanation. Look at your check-out counter in the supermarket.

The government itself is another answer. The word "government" from here on will basically mean the government of the United States of America but will sometimes include other governments, as specified. The government has used "flying saucers" to cover it sown testing of secret aircraft. It uses the UFO-extraterrestrial ploy superbly. When a UFO is seen by civilians, a controlled procedure is enacted. This procedure plants or encourages witnesses who expound an extraterrestrial origin in a given sighting. The government may even go so far as to fund television programming and magazines devoted to this explanation. After all, a huge part of the C.I.A.'s budget goes into such covert conditioning of the American people. However, Americans are not the first to be fooled.

In most cases, any extraterrestrial hypothesis is acceptable to government manipulators, especially if it is so ridiculous that the witnesses end up discrediting themselves. The government is so successful at this that the entire topic of UFOs has become somewhat of a joke. This is done deliberately. Thus, serious people with "something to lose" are afraid to stake their reputations on a public announcement of their UFO experience, no matter how real it may have been. At this point the government has achieved its purpose which is to discredit and suppress all serious inquiry into the UFO question.

Supposedly, UFO research has been left to large, well-financed UFO 'research organizations". The largest of these is MUFON (Mutual UFO Network). This organization "trains" people to report sightings, then collects the data and organizes it using some sort of multi-variant analysis into something meaningful. Over the years MUFON has had the opportunity to collect and "organize"thousands of sightings into something meaningful.

In reality, the information is organized into gibberish. After a body of knowledge has been studied and organized, usually, certain facts or at least generalizations can be gleaned form this kind of work. In its fifty years of existence can anyone name one new fundamental fact that MUFON has provided us? They have provided us with nothing. Someone once said that MUFON is really a black hole into which information is attracted and does not have the power to escape on its own.

If we are to seek any real explanation of the UFO phenomenon, we must make a clean break with the past. We must go back to the basics of simplicity and logic. One basic question is this: could we humans be capable of making the unidentified flying machines which have been seen in abundance in the sky since the Second World War? Until we answer that question in the negative, there is no reason to postulate an alien origin for UFOs.

In a study of German flying discs one must listen to what is claimed about German saucers by Germans of those times or from other individuals who are in a position to know something about this topic, then attempt to verify it using an independent historical source. Corroboration from other independent sources, especially from witnesses, is also acceptable and important. Photographs are important but nowadays pictures can be manufactured on a computer. Well-documented pictures which appeared before the modern computer age are perhaps best. Also, pictures accompanied with negatives may be considered better documents than those without negatives.

Government documents can be great sources of confirmation. Unfortunately, governments cannot be trusted and have historically attempted to manipulate UFO research. Therefore, these sources are best not used to formulate ideas but to confirm ideas first developed through independent sources.

Politically, time is on our side. Since the Berlin Wall fell, more and more German researchers are going public with their findings. There is more freedom to research this subject now than at any time in the past sixty years. As each piece fits into the puzzle, a consensus of public acceptance acknowledging the reality of German flying discs grows. All we really have to do is find the pieces, confirm them and keep putting them together. The truth will emerge by itself and in the end nobody, no special interest of any sort, will be able to deny this basic truth.

New assertions about German saucers must be accompanied with documentation and references. The facts, ideas, writers and researchers in this field will enable the reader to confirm the veracity of the position put forth independently.